England vs New Zealand World Cup 2019 Final, Match Preview – The league matches and semi-finals of the ICC World Cup 2019 has been completed and now its time for the big ‘Final’ to come into action.

Today is the World Cup 2019 Final that will be played between England and New Zealand at Lord’s, London.

With England and New Zealand into finals, it’s sure that we will get a new World Champion this time.

The Kiwis defeated India in the 1st semi-final to reach into world cup finals for the 2nd consecutive time.

On the other hand, the world cup favourites England are into World Cup final again after 1992.

Now, it’ll be extremely interesting to see, how both the teams will handle the pressure of this final match and win today’s encounter at London to become the World Champions.

The Final of the ICC World Cup 2019 of England vs New Zealand will be hosted by the Lord’s, London.

There is also a reserve day for this World Cup 2019 Final.

You can also watch the online Live Streaming of today’s game of ENG vs NZ on Hotstar.

There’s a little slope in the wicket at Lord’s, which will help the left-arm pacers to get an extra swing. The spinners are expected to play a crucial role in today’s world cup 2019 final, as the pitch has been slow at Lord’s throughout the tournament.

Today is the final of ICC World Cup 2019 and our weather forecast confirms that the rain will not dare to disturb it at all.

The temperature on 14th July will hover around 20-28 degrees during the gameplay with no covering of cloud.

Henry Nicholls got injured during the semi-final against India. However, he has been declared fit to play this final against England at Lords.

Win Small and Grand leagues of fantasy cricket leagues like Dream11 by following our tips and match predictions. Here are our suggested options for Captain and Vice-captain choices for today’s match of England vs New Zealand.

Here are our teams for small and grand leagues of Dream 11 for today’s match of England vs New Zealand.

Our power pick for today’s match between England and New Zealand is Jonny Bairstow.

In his last 3 matches against New Zealand in ODIs, Bairstow has scored 106 runs at an average of 35.70, making him a must-have player in both the leagues.

Left-arm pacers are expected to get the extra benefit due to a slope in the ground. Thus, Trent Boult could be a wise option for making captain or vice-captain in the grand leagues of Dream11.

England is expected to win today’s final match against New Zealand as they have been in an excellent form throughout the tournament. 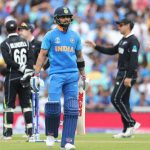 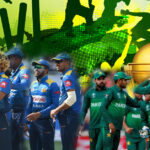