Pakistan vs Sri Lanka Match Prediction – The Gaddafi Stadium in Lahore is all set to witness an interesting match today when the home side Pakistan will be challenged by the visitors, Sri Lanka, in the 1st T20I match of the 3-match series.

The Sri Lankan team got depleted in the three-match ODI series against Pakistan. But now it’s time for them to come back and fight to win glory in the T20 series, which will start today in Lahore. Dasun Shanaka will captain the Sri Lankan side in this series. He was excellent with his bat in the ODI’s and would wish to do the same in this shorter format as well.

Pakistan, who is the ICC’s number one ranked T20I team currently, holds an excellent record against Sri Lanka. Out of the last 18 T20I matches between both the teams, Sri Lanka has been a losing side in 13 matches.

Now, it will be very interesting to see how both the teams will anticipate in this T20I series. Here are the match preview, Dream 11 fantasy league teams, pitch report, weather conditions, match prediction for today’s match of Pakistan vs Sri Lanka.

The Gaddafi Stadium, Lahore will host the 1st T20I between Pakistan and Sri Lanka.

In India, the official broadcasting channel for live telecasting of this match is Sony Six and Sony Six HD.
You can also watch the online Live Streaming of today’s game of Pakistan vs Sri Lanka on Sony Liv App.

The pitch of Gaddafi Stadium has always been a nightmare for the bowlers. It is flat and the ball comes easily on the bat. The pitch curators have been modifying the surface hardness to make it better for a long time. The team winning the toss on this wicket will most probably choose to bat first.

According to our weather forecasts, there won’t be any rain today and the sky will be clear throughout the game. The conditions will be undoubtedly pleasant. The temperature is expected to hover around 26 degrees with the cloud covering of around 15%. There will be a little due during the 2nd innings of the match. However, it will not affect the game.

Here are possible playing 11 of the Pakistan (PAK) and Sri Lanka (SL) for tonight’s match.

Sadeera Samarawickrama has got a minor injury and thus he will probably not play tonight’s game against Pakistan.

Win Small and Grand leagues of Dream11 fantasy cricket by following our tips and match predictions. Here are our suggested options for Captain and Vice-captain choices for tonight’s 1st T20I match of Pakistan vs Sri Lanka 2019.

At Crickclassics, our cricket experts carry out an in-depth analysis of every match to give you match prediction for today along with the best and winning teams for the fantasy cricket leagues like Dream11, My Team 11, Mobile Premier League, 11 Wickets, Dot Ball, etc.

Here are our suggested teams for small and grand leagues of Dream11 fantasy cricket for today’s match between Pakistan and Sri Lanka.

Our power pick for today’s match between PAK and SL is Kane Williamson.

In his last 4 innings against PAK in IPL, Williamson has scored 193 runs at an average of 49.05, making him a must-have player in grand leagues.

The pitch for today’s match is a batting surface and thus it’ll be a wise choice to pick more top-order batsman in your fantasy teams for today match.

According to our prediction of today’s match, Pakistan is expected to win against Sri Lanka. 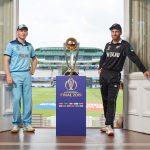 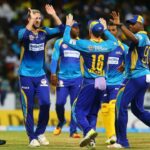