While the best players in international cricket get plenty of praise, could we do more to honour their talents? What about something akin to the Super Ballon d’Or, for example?

Football and cricket are two very different sports. But what if we awarded cricketers on a similar level to footballers?

The Super Ballon d’Or – in Brief

So, what is Super Ballon d’Or? It’s a rare award that only the most talented footballers hope to achieve. Specifically, ‘the best player of the past three decades’ claims the prize. As you can imagine, recipients are likely to be pretty rare.

There’s only ever been one winner of the Super Ballon d’Or back in 1989. The accolade belongs to Real Madrid legend Alfredo di Stefano. The Ballon d’Or, meanwhile, celebrates the best player of any given year. This is probably a little more accessible!

Ultimately, di Stefano won for his near unbeatable record for his league club. It’s not only fascinating that such a rare trophy exists. It’s exciting to think we could apply the same measures to cricket, too!

What Would a Cricket Super Ballon d’Or Look Like?

It’s safe to say the thought has crossed many cricket fans’ minds over the years. For example, there’s already a Change.org petition to encourage the ICC to recognise male and female stars each year.

As it stands, there’s not even an annual award for cricketing talent like the standard Ballon d’Or. If the cricketing world can’t benefit from a Super Ballon d’Or, maybe it’s worth pushing for an annual trophy.

Measures for a Ballon d’Or award for cricket, for example, could take into account national and international play. They could also measure team spirit and cooperation on the field.

Moreover, verging into Super Ballon d’Or territory, such an award could measure overall career success. Has a recipient changed how a team has adapted to T20 over the past year, for example? Even broader – have they changed the sport for the better?

We would need to consider fan support, too. Should it be an award decided upon by the ICC? Or, should fans have a say in who picks up the ‘Golden Wicket’?

The ICC already runs similar awards each year through annual ceremonies. But there’s nothing quite like the prestige of the Ballon d’Or.

Former ICC Men’s Trophy winners include Ben Stokes, Steve Smith, Michael Clarke, and Shaheen Afridi. Female cricketers of the year (decided by the ICC) include Smriti Mandhana and Ellyse Perry. All could potentially claim a cricketing Ballon d’Or if such an award existed!

What Might the Future Hold for a Cricket Super Ballon d’Or?

Given that the ICC already runs annual awards, a standard Ballon d’Or will unlikely take off immediately. However, recognising three decades of talent is likely to be very tempting!

Whom would you pick to be a recipient of a cricket Super Ballon d’Or? Share online and join the debate!

Cricket and Football are two completely different sports, but who knows if someday an award similar to Super Ballon d’Or is given to a cricketer. It’ll be surely very exciting to see that happening.

For more such interesting articles, stay connected with Crickclassics. 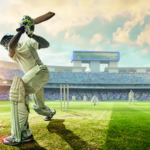 SRL Cricket: A New Option for Betting and the Latest Updates