Ben Stokes, the England all-rounder, reveals that the England players prefer using feminine deodorant before stepping on the ground for matches.

Ben Stokes is currently in India, playing the 3-matches ODI series against England. The hosts are leading the series with 1-0 after their 66-run victory at the MCA Stadium in Pune.

Coming back to about using women’s deodorant, Stokes mentioned that it “Smells Better” than the men’s deodorant. He also revealed the ‘pomegranate scent’ to be his favourite one.

“It smells better. The pomegranate one — it’s top drawer,” Stokes was quoted as saying to talkSPORT from India. “I’m not the only one,” he said.

When the show’s hosts; Ally McCoist, Jamie O’Hara, and Laura Woods, laughed and asked him about players’ names, Stokes replied, “The Whole Squad”.

Ben Stokes played his first ODI game on Tuesday, 23rd March, after the 2019 World Cup final. His comeback to One-Day International cricket has been a hot topic for discussion for more than one and a half years.

In the first ODI against India, Ben Stokes batted at number 3, which used to be Joe Root’s batting position. Stokes also stated that he took some tips from Root to bat at number 3, before the game.

“It’s crazy to think that it was my first game (ODI) since that World Cup Final (July 2019). Great to be back out there and play some One-Day cricket. Look, there was always going to talk irrespective of whoever filled the No.3 spot with Joe Root not being there. People keep talking, and I will just go out and do what I am asked to do,” Stokes stated.

He further added, “I messaged Root to understand the mindset for No.3. He was pretty clear to me and told me – just play the way you play. Just because he plays in a particular way, it doesn’t mean I will bat the same way. It’s slightly different at No.3 when you compare to my regular spot at No.5 or 6”.

The second ODI between India and England is all set to take place on Friday, 26th March in Pune. It is a must-win situation for England to keep their hopes alive in this 3-matches ODI series. Ben Stokes has already revealed their players’ secret of using women’s deodorant before a match. Now it’ll be interesting to see what all new secrets comes out about the players, teams, or the management.

For more such interesting articles and the latest cricket news, stay connected with Crickclassics. 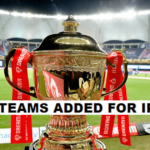