Team India confirmed their ticket to the final of the inaugural edition of the World Test Championship (WTC) against New Zealand. They scripted a memorable win in the 4-matches test series against England to enter into the WTC final, which is scheduled for 18th to 22nd June at Southampton.

Earlier, the final between India and New Zealand was scheduled to take place at Lord’s, which later on shifted to a bio-secure bubble at the Hampshire Bowl in Southampton.

Team India has been in great form recently when it comes to playing in white. However, one of the major problems that the Indian team will face will be their less practice in the longest format of the game.

Indian players are currently engaged in an ongoing 3-matches ODI series against England. After the ODIs, the players will get busy playing in the Indian Premier League (IPL), which is scheduled for 9th April to 30th May in India. Also, there is no warm-up match arranged for team India before the final.

Thus, BCCI is planning to send a jumbo squad to England for the WTC final. In this way, team India will be able to host some intra-squad practice matches to prepare themselves for red-ball cricket.

Also, it is expected that the jumbo squad of players will be travelling to England just after the completion of IPL so that the players have enough time to adjust themselves to the weather and playing conditions.

However, the case with the New Zealand team is not the same. Before the WTC final, New Zealand will play a two-match Test series against England from 2nd to 6th June at Lord’s and 10th to 14th June at Edgbaston.

Team India and New Zealand to Stay in the Same Hotel

It is learned that both teams will be staying in the same hotel, that is, The Ageas Bowl, but on different floors.

Hampshire Cricket’s chairman, Rod Bransgrove, stated that “both teams will stay at the same hotel, albeit on different floors. We have 170 rooms in that hotel and accommodating the two teams is not a problem”.

Bransgrove, further added, “As far as I know there are no practice games organized. I understand that they (India) are bringing in a lot of players to the hotel and they will be organizing their own practice games”.

Currently, there are strict rules in the UK regarding the ongoing Coronavirus pandemic. But Hampshire Cricket hopes that their plans for the WTC final be will perfectly executed. And if everything goes well with the relaxation in lockdown rules, we might see some audience in the stadium for the final.

Now, it’ll be interesting to see how big a squad will team India carry to England for their intra-squad practice, and how well Virat Kohli and his team perform in the actual match of the World Test Championship Final.

If you enjoyed reading this article, please share it. For more such interesting articles and the latest cricket news, stay connect with Crickclassics. 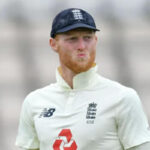