Looking at the recent clashes of both the teams in ODIs, the Australian team has managed to defeat the “Men in Blue” in a 5-matches bilateral series that was played in India.

Also, none of us can forget how Australia defeated the defending champions in 2015 World Cup’s Semi-Finals and won the title for the 5th time.

Now, it’ll be interesting to see, how the Indian team avenge their defeats from Australia to boost up their confidence and continue their winning streak in this mega-tournament.

The 14th match of the ICC World Cup 2019 of India vs Australia will be hosted by the Kennington Oval, London.

You can also watch the online Live Streaming of today’s game of IND vs AUS on Hotstar.

The pitch of Kennington Oval is one of the flattest pitches in England. It has always been a high scoring wicket that allows batsmen to hit big shots without having much trouble.

However, Bangladesh almost defended the total of 244 runs against the Kiwis on this ground.

It is expected that the team winning toss will bat first and look to defend the target today.

The temperature today at Kennington Oval during the match will hover around 15-18 degrees. There are 2-5% chances of rain as well in Oval. However, it is expected to not affect the match.

Here are possible playing 11 of India (IND) and Australia (AUS) for tonight’s match.

Shikhar Dhawan was reported injured during the practice session a couple of days ago. However, he is declared fit and will open for India in today’s game as well.

Win Small and Grand leagues of fantasy cricket leagues like Dream11 by following our tips and match predictions. Here are our suggested options for Captain and Vice-captain choices for today’s match of India vs Australia.

Here are our teams for small and grand leagues of Dream 11 for today’s match of India vs Australia.

Our power pick for today’s match between India and Australia is Usman Khawaja.

In his last 8 matches against India in ODIs, Khawaja has scored 498 runs at an average of 63.18, making him a must-have player in small leagues.

All-rounders like Kedar Jadhav, Hardik Pandya, and Nathan Coulter Nile could play a major role in today’s game. Thus, it’ll be wise to pick all-rounders from both the teams in your fantasy league teams.

Both the teams are in extremely good form and therefore, it is really very tough to predict today’s winner. However, looking at the pitch’s conditions, we predict the team batting first to win this encounter today. 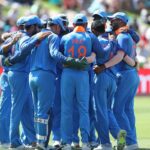 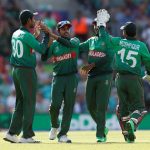