Cricket Trends on Social Media – Cricket is the game followed passionately by fans from all around the globe. The cricket superstars also please their fans by entertaining them on social media.

Friday was also very interesting for the cricket loving people as the cricketing legends shared their thoughts and activities on various social media platforms.

The Indian limited-overs openers are getting set for the upcoming World Cup, as Rohit Sharma and Shikhar Dhawan have started their mental preparations for the big tournament.

India will start their World Cup journey with a practice game on 25th May and the opening duo has got an imperative role to play.

Rohit Sharma is relaxing his mind by enjoying his holidays with family in the Maldives, while the left-hander Shikhar Dhawan shared his picture in the Indian jersey, depicting his love and proudness for the nation.

Other than this, England vs Pakistan ODI Series is also trending on a very high note on social media. Pakistan has lost the first 2 games against on-song England and the Pakistani ex-cricketers are not so happy with the current team’s performances.

Ramiz Raza shared his disappointment with the Babar Azam and Fakhar Zaman not scoring big despite having a good partnership in the 2nd ODI. On the Contrary, the ex-English skipper Michael Vaughan praised Babar Azam for his batting style and called him a class act in his tweet.

In the last 24 hours, the trends on social channels, especially twitter also revolved around birthdays and anniversaries of the cricketers.

Now, let’s have a look at the 10 cricket trends on social media in the last 24 hours.

1) Ajinkya Rahane shared a snap from his county cricket’s practice session at Hampshire.

The practice begins at Hampshire! pic.twitter.com/vtYi88kyHn

2) Shikhar Dhawan declares himself ready for the big tournament.

3) Ramiz Raza adviced the Pakistani duo to improve their scoring rate along with the partnership.

Partnerships are suppose to win you matches but that partnership between Babar and Fakhar may have compromised paks chances.. after a bright start both got slow and conservative. It’s a 400 run pitch. Getting a 50 off 45 balls is archaic in present batting terms!

Happy birthday #BSChandrasekar.. Spent 12 hours with him one day in 89. Tried my best to make him talk me through 1 of his match winning spells.. Failed miserably.. Proof enough that investigative journalism was not my cup of tea.. @BishanBedi

A day well spent. The Mithali Raj Initiative aspires to be an encouraging, inspiring interaction with children giving them the push they need to never give up on their dreams. Thank you Relevant Thank you @Andrew007Uk @schukkapalli @AddlCPCrimesHyd @team_sai for your support! pic.twitter.com/qEvbZujGN3

7) Michael Vaughan praised the Pakistani-lad for his class batting.

A big thank you to all our supporters, donors, volunteers who have made our journey seamless and an amazing learning experience 🙂 Keep it going! ✌ pic.twitter.com/I3PDBadXw6

#FlashbackFriday Hey guys can you guess this city? ? pic.twitter.com/KfVGYCDaEF

10) Rohit Sharma hopes to win the big tournament coming ahead.

Mission accomplished with this blue, time to don another blue in few weeks and hopefully do the same. pic.twitter.com/CkzHQO39k1

So, these were the top 10 cricket trends on social media today. Hope you liked this post. Stay connected with Crickclassics to get the latest cricket news and trends about Cricket and the upcoming World Cup 2019. 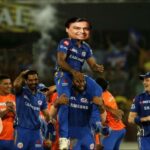 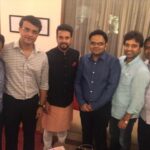