Are you a Virat Kohli fan? Do you want to know more and more about him? If yes,  then this Virat Kohli Biography is for you.

Virat Kohli is certainly one of the best cricketers and most consistent batsman in today’s world cricket. He is currently the captain of Indian National Cricket Team and an IPL franchise ‘Royal Challengers Bangalore’.

For his passion for cricket, style of living, social initiatives, and flamboyance, Virat Kohli has always been in the limelight.

He loves what he does and thus, he has millions of fans and followers all over the world.

Let’s start this biography of Virat Kohli with his personal life details.

Every child is gifted and talented, but very few recognize it. Virat was lucky to do so.

Being born in a Punjabi family based in Delhi, Virat started showing his love for cricket at the age of 3.

So, here are complete details about Virat Kohli’s personal life, which many of you might not know.

“A fit body gives you confidence and there’s nothing more impressive than a great attitude, which you can wear on your sleeve.”

Virat Kohli is a perfect example of how a fit person must look like, both internally and externally. He loves doing heavy workouts so as to make himself look attractive on and off the field.

So, now in this Virat Kohli biography, let’s have a quick look at his physical stats.

“Cricket is the most important thing to me, so the rest of it pales in comparison”

From his international debut in 2008 to the current day, the only thing that has been changed consistently in Virat Kohli’s career is his “records”.

Many cricketers and fans call him ‘the run machine, chase master, king Kohli, etc.’ for his brave and needful performance on the field for his team and the nation.

So, here is my and most of you’s favourite section of this Virat Kohli biography. Here are the details of Virat Kohli’s cricket records, performance insights, stats, and all that you need to know about.

For a batsman like Virat Kohli, “Bat is not a toy, it is a weapon that is used to bleed runs in a match”.

Virat has not only broken several records made by the legends but has also created numerous new ones. Here are some of the major records hold by Virat Kohli as in 2022;

There are many more records to be made by Virat Kohli and we’ll keep on updating it for you.

Virat Kohli has hundreds of feathers in his hat and there is a lot of space for many more. He had received several awards and honours till date and here is the list of Virat Kohli awards and achievements.

Virat Kohli is just 31, and in this young age he has earned much more than millions of people could earn in their life. All credit to this man’s talent and hard work.

Virat Kohli has come a long way and currently, he is the 3rd richest Indian cricketer after MS Dhoni and Sachin Tendulkar.

According to Forbes 2019, Virat is the 7th highest-paid athlete in the world. He owns several properties, luxury cars, brand co-ownerships, and much more.

Let’s have a quick look at Virat Kohli’s net worth, income, money factors, and other style quotients.

After dating Bollywood actress Anushka Sharma for four years, Virat got married to Anushka on 11th December 2017. Fans of Virat and Anushka gave this couple a name “Virushka” after their marriage.

The couple met each other in 2013 while shooting an advertisement for a shampoo brand and since then their relationship garnered a lot of media attention.

But this relationship was not the only one for which Virat was in media attention. There were several rumours of Virat having affairs with various girls.

So, now in this Virat Kohli biography, let’s discuss some facts about Virat Kohli girlfriends, affairs, marriage, rumours, and more.

Every one of us has some favourite things in life and so does Virat have as well. Here is the list of Virat Kohli’s Favourite things;

“Virat Kohli’s success does not surprise you, his failures do.”

Kohli has always been an aggressive player since his early days of cricket and we all have seen his short temper on and off the field a number of times.

From abusing a journalist, to fighting with an opposing team’s player, Virat Kohli has been in several controversies.

Now in this Virat Kohli biography, let’s look at those three major controversies that Virat Kohli would wish his fans to forget.

1) On Virat Kohli’s first tour to Australia in 2011, the audience of the Sydney Cricket Ground started abusing him when he was fielding on the boundary line. In reply to this Virat showed his middle finger to the crowd and thus got stuck in a controversy.

2) Another major controversy of Kohli’s life took place during IPL 6 in 2013. During a match between Kolkata Knight Riders (KKR) and Royal Challengers Bangalore (RCB), Virat had an ugly conversation with the opponent team’s skipper Gautam Gambhir, after getting out.

That fight between Gautam Gambhir and Virat Kohli was a shameful moment for Indian Cricket and Virat was extremely guilty for that incident.

3) The 3rd major controversy of Virat Kohli’s career is related to the former Indian spinner and coach Anil Kumble, which took place in 2017. In June 2016, Anil Kumble was appointed as the senior national cricket team coach, but in early 2017 there were several reports hinting the differences between the skipper and the coach.

These differences between Anil and Virat resulted in the former to resign from his post of Indian Cricket Team coach. Above is the resignation letter of Anil Kumble, submitted by him to BCCI on 21st June 2017.

Virat Kohli as an Inspiration

“Becoming an inspiration for kids is great. I want to inspire them to do, whatever they want to.”

Virat Kohli has always considered Sachin Tendulkar and Sir Vivian Richards as his inspiration, but for his fans and cricket lovers, Virat is no less than an inspiration.

Our Virat Kolhi biography will be incomplete without discussing the most inspirational incident of Virat Kohli’s life.

On the night of 19th December 2006, Virat’s father, Mr Prem Kohli passed away due to a heart stroke. The next morning Virat had to make a tough choice – whether to cremate his father or to save Delhi from the jaws of defeat.

He chose to continue his innings and helped his side to avoid the follow-on. He scored match-saving 90 runs and took his team out of trouble.
“I still remember the night my father passed away as it was the hardest time in my life. But the call to play the morning after my father’s death came instinctively to me. I called my (Delhi) coach in the morning. I said I wanted to play because for me not completing a cricket game is a sin. That was a moment that changed me as a person. The importance this sport holds in my life is very, very high,” said Virat in an interview to NDTV.

Virat Kohli is not only a great cricketer but also a great human being. His journey till now has been phenomenal and we wish it to remain the same for his upcoming future as well. The major motive of writing this Virat Kohli biography was to reach Virat’s fans with as many details as we can about his life, career, and everything.

Hope you liked this Virat Kohli biography, and if you have any queries or suggestions regarding the same, feel free to comment below. 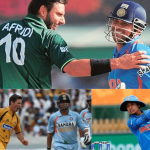