Bangladesh vs Sri Lanka World Cup 2019 Match Preview – In the 16th match of this CWC 2019, two Asian teams will lock horns with each other. Both Bangladesh and Sri Lanka have won one match each in this tournament so far.

The last game of Sri Lanka has washed away in rain against Pakistan and, now they’ll look forward to winning this game against the Bangla Tigers to get back on winning track.

However, Bangladesh is in no mood give away this win easily to the opponents.

Now, it’ll be very interesting to see, how both the teams will face-off each other today at the Bristol City Ground to register their second win of the tournament.

The 16th match of the ICC World Cup 2019 of Bangladesh vs Sri Lanka will be hosted by the City Ground, Bristol.

You can also watch the online Live Streaming of today’s game of BAN vs SL on Hotstar.

The pitch of Bristol City Ground has always been favourable to the batsmen. However, the overcast condition here today will make harder for the batsmen to score easy runs.

The last game played here was washed away and both Pakistan and Sri Lanka had to settle with one point each.

Similar to the last game that was played here, today’s game is also expected to get interrupted by the rain. The temperature today at Bristol City Ground will hover around 10-15 degrees. We also expect DLS to come in play in today’s match.

Due to a finger injury, Sri Lankan pacer, Nuwan Pradeep has been ruled out of today’s match against Bangladesh.

Win Small and Grand leagues of fantasy cricket leagues like Dream11 by following our tips and match predictions. Here are our suggested options for Captain and Vice-captain choices for today’s match of Bangladesh vs Sri Lanka.

Here are our teams for small and grand leagues of Dream 11 for today’s match of Bangladesh vs Sri Lanka.

Our power pick for today’s match between Bangladesh and Sri Lanka is Lasith Malinga.

In his last 13 matches against Bangladesh in ODIs, Malinga has taken 25 wickets at an average of 18.25, making him a must-have player in grand leagues.

Kusal Mendis has been a successful batsman for Sri Lanka for a long time. Thus, he could be a wise pick for captain choice in grand leagues.

Bangladesh has surprise packages and quality players in their team. Thus, we predict them to win this match against Sri Lanka in today’s game. 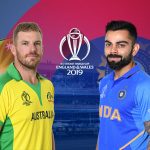 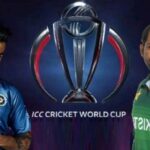