SRH vs CSK Match Preview – The Rajiv Gandhi International Stadium is all set to host an epic encounter, where both the finalists of IPL 2018 will lock horns with each other for the first time in this season.

However, the form of both the teams has been contrasting till now..

The home side, Sunrisers Hyderabad (SRH) has started their journey of this season in a dominating manner. However, they could not hold that dominance and their campaign has fallen away a tad.

SRH has lost it’s last three games against the Delhi Capitals (DC), Mumbai Indians (MI) and Kings XI Punjab (KXIP), resulting them to drop down at sixth position in the points table.

On the other hand, the MS Dhoni-led Chennai Super Kings are high on confidence with their back-to-back wins in 4 matches. They are currently the table toppers with 14 points in 8 matches.

The last time when both the teams faced each other in IPL 2018, CSK won the final comfortably. Now, it’ll be very interesting to see, whether Sunrisers avenge their defeat from the Chennai Super Kings, or the yellow army wins another game to confirm their spot in the playoffs.

The 33rd match of the Indian Premier League season 12th of SRH vs CSK will be hosted by the Rajiv Gandhi International Stadium, Hyderabad.

You can also watch the online Live Streaming of today’s game of SRH vs CSK on Hotstar.

From the last couple of matches, the pitch at Hyderabad has been a bit slow. This allows spinners to come into play and get some wickets for their side.

The behaviour of the pitch will remain the same for today’s game as well, and it will most likely help spinners to hunt early wickets. Looking at the pitch’s condition, we also expect the team winning the toss to bat first on this surface.

The temperature during the match of SRH vs CSK will not be an issue for the teams, as it will hover around 30 and 35 degrees.

According to the updated weather reports, the humidity level is expected to be high at 35% tonight during the playtime. As compared to the previous game here at Hyderabad, the dew will be less tonight, giving a bit relief to the defending side.

Win Small and Grand leagues of fantasy cricket leagues by following our tips and match predictions. Here are our suggested options for Captain and Vice-captain choices for tonight’s match of SRH vs CSK.

Here are our teams for small and grand leagues of Dream 11 for tonight’s match of SRH vs CSK.

Our power pick for today’s match between SRH and CSK is Suresh Raina.

In his last 8 innings against the Sunrisers Hyderabad in IPL, Raina has scored 370 runs at an average of 40.50, making him a must-have player in small leagues.

Pick Ms Dhoni in your grand league teams and make him a captain or vice-captain, as he is in very good form. His performance on the slow wickets is also very good.

We also advise you to pick Kane Williamson in your teams as he is due for a big knock in this season of the Indian Premier League. Making him a captain in grand leagues could also be a wise choice.

CSK has been in a tremendously good form in the tournament so far. Thus, we predict them to win tonight’s encounter against the SRH at Hyderabad.

Our Dream11 teams for yesterday’s match performed really well, and we hope you win small and grand leagues of fantasy cricket games with our today’s match predictions, match previews, detailed analysis of the match, and fantasy cricket tips. Stay updated with Crickclassics to get the same for every match. 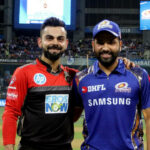 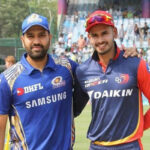