RR vs CSK Match Preview – The Sawai Mansingh Stadium, Jaipur is all set to host an epic encounter here on Thursday night, in which Rajasthan Royals (RR) will be challenged by the table-toppers Chennai Super Kings (CSK).

Rajasthan Royals has been already defeated once by the CSK in this tournament. They wil now look to avenge their defeat against the defending champions.

In their previous encounter of the season, MS Dhoni played an amazing knock at the end of the innings to put 176 runs on the board for the visitors to chase. His 3 sixes in a row to the left-arm pacer Jaydev Unadkat was a treat to watch for all the CSK fans. The crowd will hope to see the same thrill again from their former national team captain.

Now talking about the last game’s performance of both the teams, Rajasthan Royals were trolled badly for playing too slow against the Knight Riders, while the Chennai Super Kings defeated the same opponent quite comfortably.

Now, it will be interesting to see, how the Royals approaches CSK in tonight’s encounter to regain their confidence.

The 25th match of the Indian Premier League 2019 of RR vs CSK will be hosted by the Sawai Mansingh Stadium, Jaipur.

You can also watch the online Live Streaming of today’s game of RR vs CSK on Hotstar.

In the previous encounter, the pitch was a bit sluggish, but today it is expected to be dry with little covering of grass on the surface. That means bowlers could hunt early wickets in the first innings with the new ball.

Records of the chasing teams at this venue: Won 2, Lost 1

The temperature is expected to touch 40 degrees during the first hour of the game, which will probably reduce as the game progresses in the second half. However, it will still remain around 35-38 degrees.

The good thing about this stadium is that the level of dew is comparatively less here, allowing the bowlers to comfortably grip the ball in the 2nd innings as well.

There is positive news from the Royals’ camp. Sanju Samson is completely fit to play today’s match after missing out the last two games due to injury.

Win Small and Grand leagues of fantasy cricket leagues by following our tips and match predictions. Here are our suggested options for Captain and Vice-captain choices for tonight’s match of RR vs CSK.

Here are our teams for small and grand leagues of Dream 11 for tonight’s match of RR vs CSK.

Our power pick for today’s match between RR and CSK is Imran Tahir.

In his last 4 matches against the Rajasthan Royals in IPL, Tahir took 9 wickets with an average of 13.34, making him a must-have player in small leagues.

Pick Sanju Samson in grand leagues if he plays today’s match. Replace him with either Ambati Raydu or Ravindra Jadeja.

Looking at the current form of CSK, we predict MS Dhoni’s side to come out on top and win this match against the Royals at their home ground.

Our Dream11 teams for yesterday’s match performed really well, and we hope you win small and grand leagues of fantasy cricket games with our today’s match predictions, match previews, detailed analysis of the match, and fantasy cricket tips. Stay updated with Crickclassics to get the same for every match. 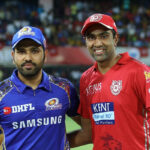 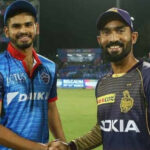