Thrilling comebacks, tenterhook ties, and low-scoring matches, the different editions of the ICC Men’s Cricket World Cup have seen them all. The World Cup is home to some of the best cricket matches of all time.

Whether it’s India recovering from 17 for five to claim victory or a Kevin O’Brien-inspired Ireland chasing down 328, the best matches in cricket history have sports fans on the edge of their seats from the start.

As the world’s top teams prepare to do battle for cricket’s most fantastic prize in the next World Cup, many more classic matches are sure to follow.

Now, let’s discuss the top 10 greatest matches in the history of the Cricket World Cup.

This game is the first Cricket World Cup final was one for the history books. Both West Indies and Australia delivered a match that stands the test of time and is still one of the World Cup’s greatest.

The hot midsummer weather caused the crowds to spill out of the bleachers, young cricket fans prancing onto the outfield with every boundary hit.

Clive Lloyd played one of the best captain’s innings, hauling a dominant 50 for three thanks to a fantastic century in a 149 fourth-wicket stand with Rohan Kanhai. Despite a thrilling run-chase, complemented by Ian Chappell’s 62, Australia fell 17 runs short of a target of 291 runs, all because of Viv Richards’s excellence in the field where he achieved a memorable three straight runouts.

The Australia vs South Africa game in 1999 is undoubtedly one of the most exciting matches in history. Nine runs with one over remaining.

It seemed that nothing would stop South Africa from getting the Cricket World Cup final – yet the following chain of events were ultimate forms of indecision and drama that resulted in a heartbreaking loss.

The Australian cricketers hauled themselves to 213, reined in by Shaun Pollock’s five for 36, while Jonty Rhodes and Jacques Kallis combined their efforts. Australia only needed one run to win with one wicket left.

However, when Lance Klusener bunted to mid-off, Allan Donald didn’t hear the call for a quick single, and the Aussies pulled away with the historic win.

In the long history of the Cricket World Cup, no one has ever been so deeply associated with one fixture as Kevin O’Brien is with this thrilling match.

The first half of the match saw the favourites flex their muscles when Kevin Pietersen, Ian Bell and Jonathan Trott boosted England to 327 for eight from their 50 overs.

But the upstart O’Brien, without a half-century in nine World Cup knocks, rose to the occasion when he hit 13 fours and six sixes to upset the steepest odds.

This feat was the fastest century in Cricket World Cup history and an innings record that will stand for a long time for its sheer significance to sports history.

This historic match was at Eden Park for New Zealand’s red-letter World Cup Day. The event bore witness to a pulsating semi-final that ended with the host country victorious.

South Africa’s national team had their foot in New Zealand’s throats for most of the match, and AB De Villiers and Faf du Plessis dragged their team to 281 from 43 overs.

The Proteas saw the full force of a nation in the run-chase. However, Brendon McCullum’s bat to boot slapped 56 at a remarkable strike rate of 226.

With the pressure of needing five runs from two balls, Dale Steyn lifted his team for six over mid-on, igniting wild celebrations after the win.

This 2011 clash between host nation India and England proves that some cricket games deserve two winners simply because of the sheer greatness of this matchup.

The amount of pressure cast upon India ahead of a World Cup campaign on their home turf after an opening-night win over Bangladesh raised many expectations.

Fittingly, Bangalore saw a magical performance from Sachin Tendulkar, also known as the Little Master. He dished out a magnificent 120 and set a towering 339.

However, Andrew Strauss led by example in compiling 158 – Graham Swann and Ajmal Shahzad propelling their side to a thrilling tie.

A team romping to a decisive victory is a sight to see, but nothing captures the hearts of cricket fans than a team recovering from absolute oblivion.

Team India buried themselves to 17 for five in a top-order totter to match all the other teams. It seemed their initial victory over the reigning champions West Indies in the opening match would go to waste.

But Indian skipper Kapil Dev had other plans. The captain struck 175 from 138 balls, somehow sending his team up to 266 and establishing a stern run-chase for Zimbabwe.

Madan Lal and Dev turned the tides with the ball, earning an astonishing victory and setting the campaign that would end in India hoisting the World Cup trophy at Lord’s.

Since its inception, the Cricket World Cup has tried to steer away from the conventional English league. Therefore, an exciting opening game was essential to prove that India deserved to be the host.

But none of the thousands of cricket fans who attended this classic game in Madras could have foreseen just how closely matched the two countries would be.

Team Australia silenced the home crowd with a commanding showing with the bat. With Geoff Marsh carving out 110, India had to chase down 270 from their 50 overs.

It was a push-pull type of match with every wicket that fell. But in the end, the heroics of Navjot Sidhu and Krishnamachari Srikkanth would prove in vain after a one-run loss.

This classic match indicated the end of one cricketing dynasty and the birth of another as West Indies were defeated at the semi-final stage for the first time by Team Australia.

Bowing out of one-day cricket at the end of the tournament, Richie Richardson would have been rubbing his hands when Australia slumped to 15 for four.

But even as Stuart Law and Michael Bevan led a team recovery to 207, West Indies looked like they had more than enough gas left in the tank as Shivnarine Chanderpaul carried them to 165 for two.

Then came one of the biggest batting collapses in cricket history. West Indies only had seven wickets falling for 29 runs. The blunder gave the Aussies their first final in nine years.

India and Pakistan are great cricketing rivals who produced a superb match. Fans who were present in Centurion saw three phenomenal plays in this historic encounter.

The first was Saeed Anwar, who pushed his way to a century to keep his team in the contest. He posted an impressive 273 for seven from 50 overs.

Another was Tendulkar, once again, at his best form when he produced one of his best one-day innings to guide his team to victory.

But many will remember this match for the sheer brilliance of Shoaib Akhtar’s bowling, dismissing Tendulkar with an absolute snorter, a blow felt from all over Pakistan.

The cricket world cup final from 36 years ago saw one of the best, low-scoring thrillers and one of the sports’ most famous matches ever.

The dominant West Indies showcased a bowling attack that smothered India with each swing, seam, and pace, with Malcolm Marshall and Michael Holding two scalps each and Andy Roberts taking three for 32 from 10 overs.

Knocking off 184 seemed an easy task, but Viv Richards’s team faltered, failing to live up to the hype that saw them win the first two editions of the tournament. The most significant cricketing power of that era was brought down to its knees in front of 30,000 strong at Lord’s.

Do you need information for the next cricket world cup? Then head over to crickclassics.com now! Crickclassics is one of the leading platforms for passionate cricket fans who need to get the latest cricket updates, news, match previews, player profiles, players’ biographies, fantasy league teams, and much more.

Check out all the latest tech news and tutorials at Technicalforweb.com 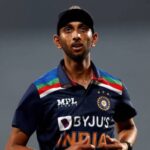 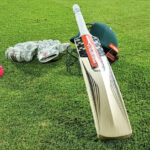