After David Warner’s comeback knock of 85-runs, another thing that won hearts of cricket lovers on Sunday was the “Andre Russell Show” at the Eden Gardens.

In the second match of IPL 2019, Kolkata Knight Riders (KKR) managed to defeat Sunrisers Hyderabad (SRH) by 6 wickets. This resounding victory will give the franchise a lot of confidence to battle with other teams in the upcoming matches.

King Khan was a bit late to join the contest but was highly pleased with the team’s victory in its first match of the season. This win was indeed special for the team as KKR managed to take revenge for their defeat in the 2nd Qualifier of the IPL 2018.

The Bollywood Badshah, Shahrukh Khan watched the proceedings very carefully and entertained the crowd of Eden Gardens as well.

At some point in the game, SRH were dominating the hosts. But with the help of Andre Russell’s knock of 49 runs in just 19 balls, KKR managed to chase the target of 182 runs. The KKR fans also enjoyed the fascinating innings of Nitish Rana in which he scored 68 runs off 47 balls.

SRK kept on continuously cheering the Knights of his team who were struggling on the battleground, and he seems to be highly satisfied after the win.

Andre Russell Wanted to Cry Before the Match

After the match in which KKR defeated Sunrisers Hyderabad, the franchise owner Shahrukh Khan congratulated the players and got overwhelmed with the love and support by the Kolkata fans.

SRK mentioned Andre Russell in his tweet and wrote about the incident when Russell got so overwhelmed with the welcome that fans gave him. Russell was so filled-up in his heart that he even wanted to cry before the match, but managed somehow to not do so.

In his tweet, SRK also tagged Shubman Gill, Nitish Rana, and Robin Uthappa stating that the whole KKR team plays for the fans of Kolkata.

Here is the Shahrukh Khan’s tweet for KKR players and the fans.

@Russell12A said to me that he was so overwhelmed with the welcome fans gave him, that he wanted to cry. Then decided big boys don’t cry in public. @NitishRana_27 @robbieuthappa & @RealShubmanGill & the whole team plays for You Kolkata. Thk u for the Love.

IPL is an event that has one of the biggest fan bases and thus every team get overwhelmed in a similar way by the love and support of their respective fans. If you are also a fan of any IPL franchise, then comment below your views on the same. 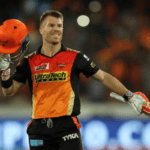 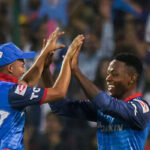