The clumped nature of the modern-day cricket scheduling is something that leaves the cricket stars from South Africa unable to take any breaks in between the season. Kagiso Rabada is a remarkable cricket player who currently represents his country; South Africa. At 25 years of age, Rabada has already proven himself in the big stage. During the few breaks he gets from international duty, he prefers to spend that time competing in cricket matches in other locations.

Kagiso Rabada has played for both the Delhi Capitals from the Indian Premier League and the English team Kent in the United Kingdom. However, the recent halt in the competition this year as a result of the current global pandemic has left Rabada and many of his team compatriots with an unexpected situation. For the first time, there isn’t a clear path out of this current predicament. Rabada reveals that he has never been out of action for as long as he has been this year, since starting his career as a professional cricket player.

He goes on to say that taking this long break was quite an enthralling experience and he got to enjoy every minute of it. It is a time that Rabada took to refresh his perspective and mindset. However, he kept himself occupied throughout this period taking part in several podcast sessions dubbed the Viral Wellness. He also took up other interests to remain active on his personal and administrative duties. Rabada was in no hurry to go back to professional cricket competitions.

Another crucial player from South Africa, Quinton de Kock, has numerous responsibilities in almost every aspect as a player from the South African team. Just like Rabada, de Kock was also thrilled with this break from international cricket. He is the captain of the Proteas white-ball team in South Africa. Quinton de Kock believes that after the resumption of the cricket competition, it is possible that the schedule and game intensity will not be very flexible. De Kock reveals that he has done his best to maintain high fitness levels during the break.

He, however, did not spend a lot of time on cricket, whether it is through watching past matches or in deep thought about the game. According to the South African Cricket Captain, the lockdown period has been a time that he took to relax and focus on other essential tasks. He did take part in several jobs, such as farming. De Kock was also occupied with responsibilities that he otherwise wouldn’t have had the chance to attend to if he was still playing competitive cricket matches.

Quinton made a point not to participate in any cricket-related activities as he knew by resuming regular schedule, there would be a lot of work to be done to clear the backlog in cricket matches. This, according to de Kock, could take up a lot of time, ranging from a couple of weeks to even years. He, therefore, made a point to get the most out of the long break, resting as much as he possibly could. De Kock also reveals that the massive gap had him missing the game, as it is such an enormous part of his life and career.

Quinton de Kock and Kagiso Rabada will not resume international duties right away, but instead, they will have their hands full with the Indian Premier League. The competition is set to take place between September and November of this year, as opposed to the standard March to May period. All the players will be experiencing an unfamiliar situation where they will mostly be battling with reduced match sharpness since they have not had much time to practice.

It is an established trend for international professionals to hit the ground running after they begin a new T20 campaign, even if they feel a little out of it. Any player who can handle the aura of uncertainty will be in a much better position to make the most out of the current situation. Kagiso Rabada believes that it is up to the players like him to ensure that they can resume regular games without having to struggle. He believes in professionalism, especially when it comes to cricket. Rabada reveals that different players have different ways of getting themselves ready for the new season but him, focusing on his legs first is the best way to go about it.

Interview was conducted by Betway. For more such interesting articles, stay connected with Crickclassics. 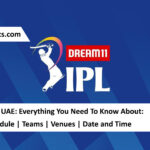 IPL 2020 | Everything You Need To Know About: Schedule | Teams | Venues | Date and Time 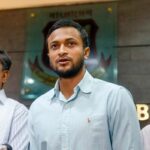